Palladium USA’s new rental units are almost fully leased before they are even finished. 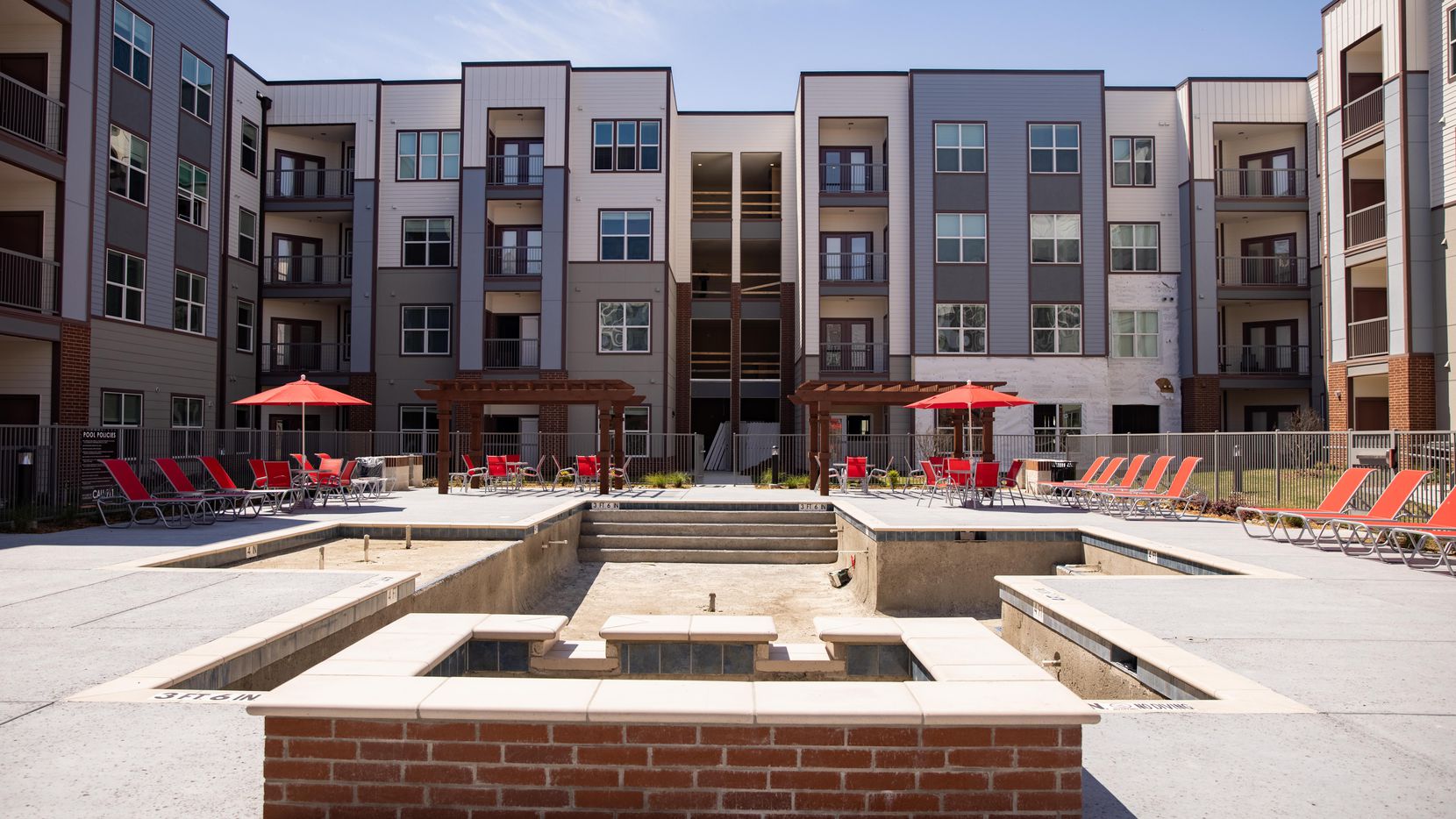 Construction on the Palladium RedBird apartments in southwest Dallas is still months away from completion, but most of the rental units are already spoken for.

The 300-apartment project is the first phase of the $200 million redevelopment of old mall formerly called Red Bird and then Southwest Center, at Interstate 20 and U.S. Highway 67.

Over the last few years, developers have knocked down much of the old shopping center and are replacing it with the RedBird mixed-use project, a development with retail, residential and office space.

Builder Palladium USA can’t finish its RedBird apartments fast enough to keep up with demand — a good indicator for the entire development.

“Who thought this would happen here?” said Palladium USA CEO Tom Huth. “There were a lot of naysayers at the beginning of this process saying you could never get it built and nobody would lease it,” Huth said. “As of yesterday, we are 90% leased of the entire 300 units.

“The demand has been incredible,” Huth told a crowd at the project on Friday for an opening tour.

The $60 million Palladium RedBird apartments are about 30% market-rate units and 70% workforce housing aimed at renters earning 60% of the area’s median income or less. 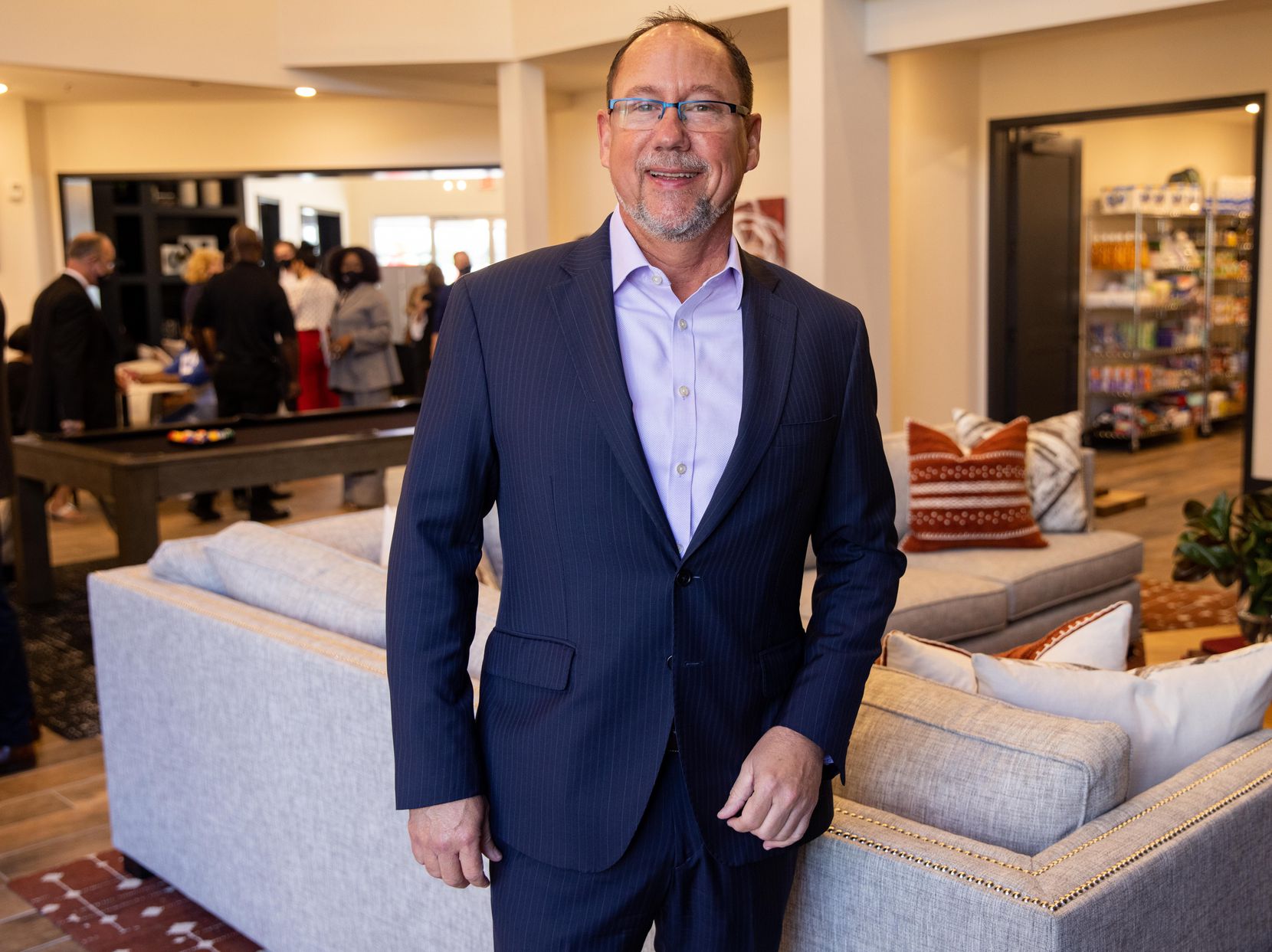 “Who thought this would happen here?” says Palladium USA CEO Tom Huth. “There were a lot of naysayers at the beginning of this process saying you could never get it built and nobody would lease itl. As of yesterday, we are 90% leased of the entire 300 units.”(Juan Figueroa / Staff Photographer)

“We have a waiting list for our two- and three-bedroom units,” Palladium regional manager April West said. “About all we have left are one-bedrooms.

“Most of the people we are seeing are from this neighborhood — they want a nice apartment,” West said. “This is the quality of what you see in the Design District.”

The four-story rental community has the kind of features you see in Uptown Dallas or Frisco.

There’s a business center, a clubroom, a playroom for the kids and a full fitness center. Outside, there is a swimming pool with lounging and grilling areas.

“Today is a big win in reimagining Red Bird,” said developer Terrance Maiden, who started work on the 94-acre mall redevelopment five years ago with his partner, Peter Brodsky. “When Peter and I first launched this project, one of the things we realized we needed is quality residential.”

Along with the new apartments, the University of Texas Southwestern Medical Center and Children’s Health are putting in a 150,000-square-foot outpatient medical clinic. And Parkland Health & Hospital System is opening a 43,000-square-foot center at the old mall site.

An Atlanta-based call center operator, Chime Solutions, plans to have more than 1,000 workers in offices at the development.

“We have a whole lot more amenities coming to this area,” said Dallas City Council member Tennell Atkins. “It could not work without a public-private partnership.

“We — the city of Dallas — put $28 million into the project,” he said. “If you know the history of this mall and this neighborhood, this was an upscale neighborhood, and now it is coming back.” 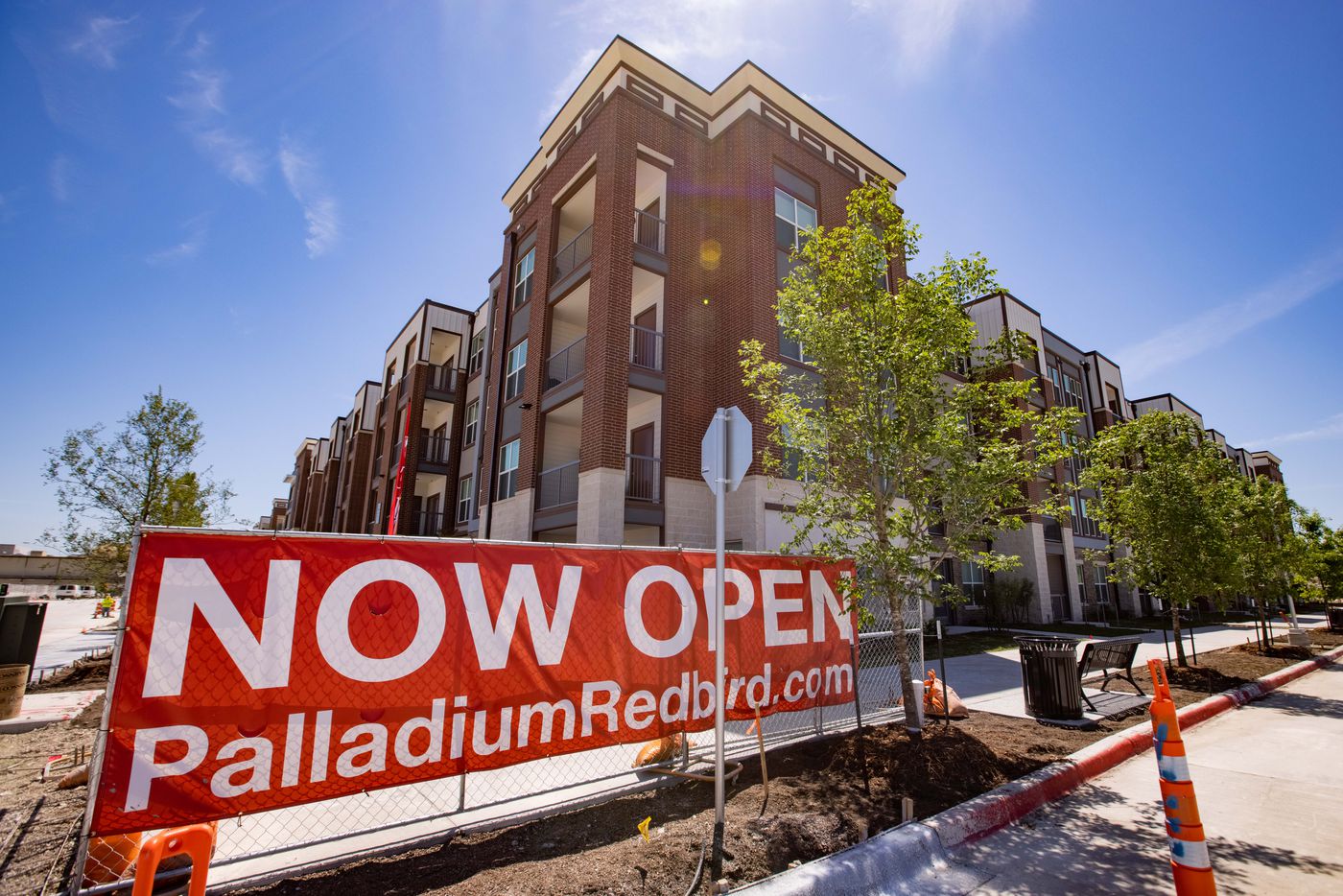 1/6 The exterior of the Palladium RedBird apartments.(Juan Figueroa / Staff Photographer) 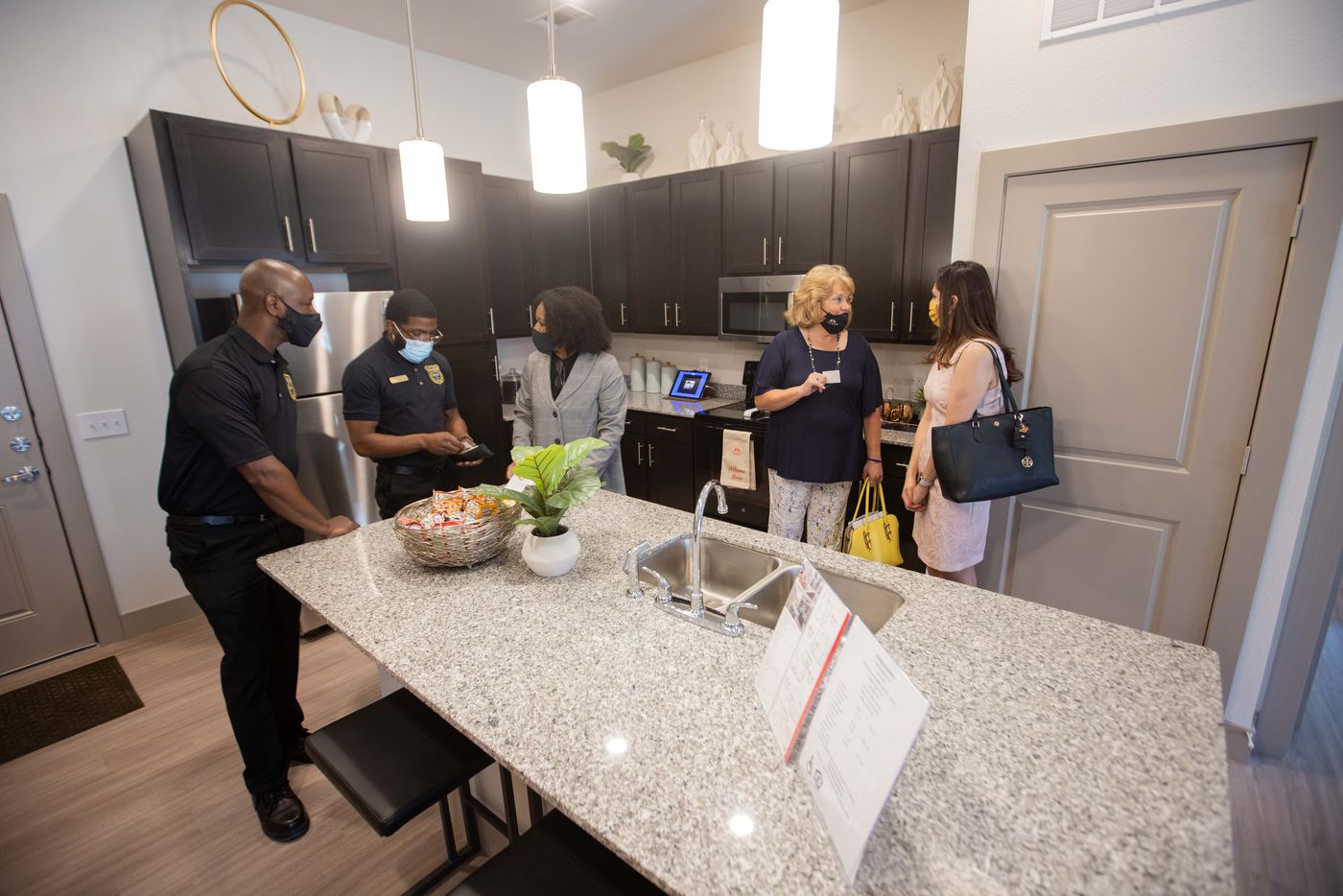 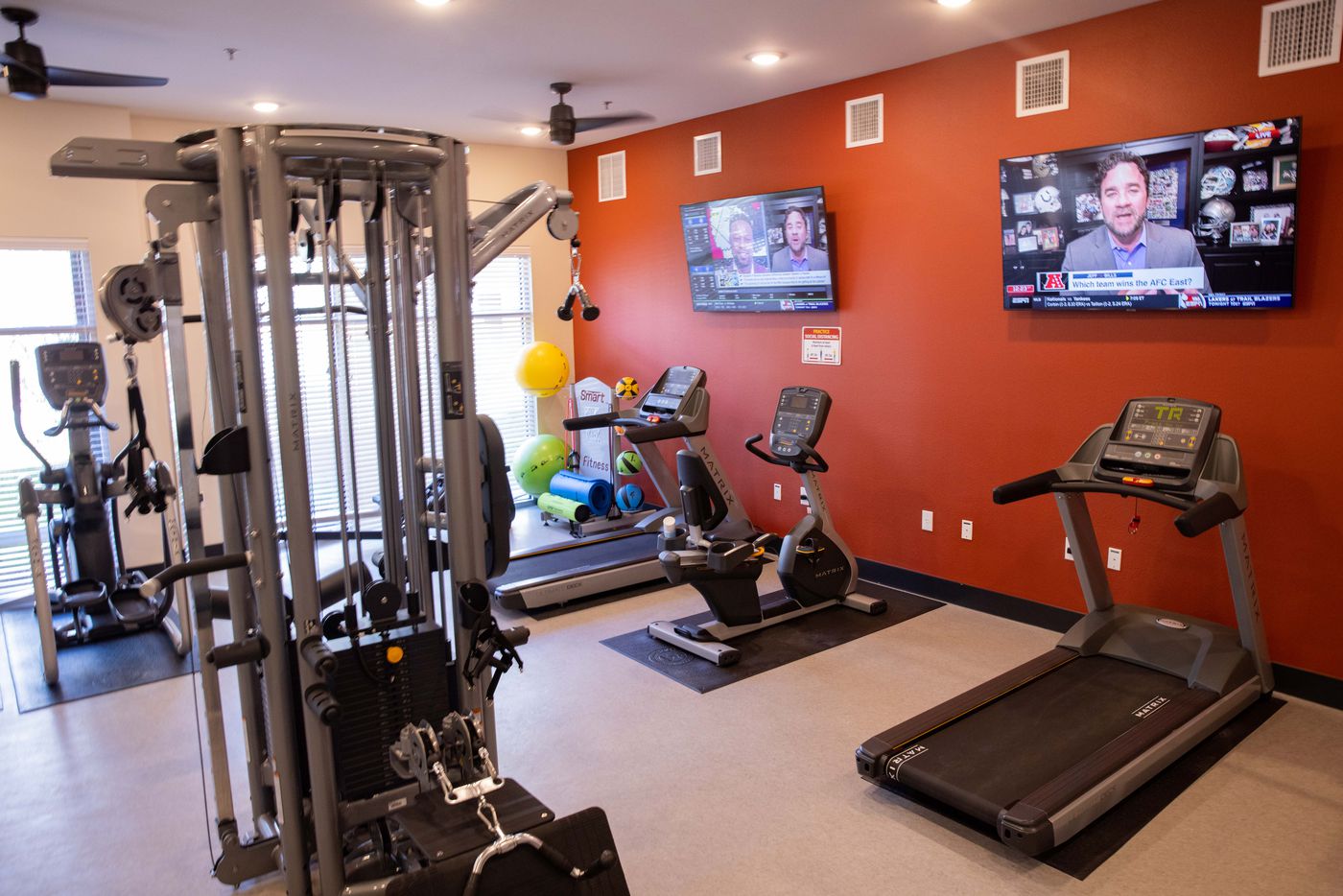 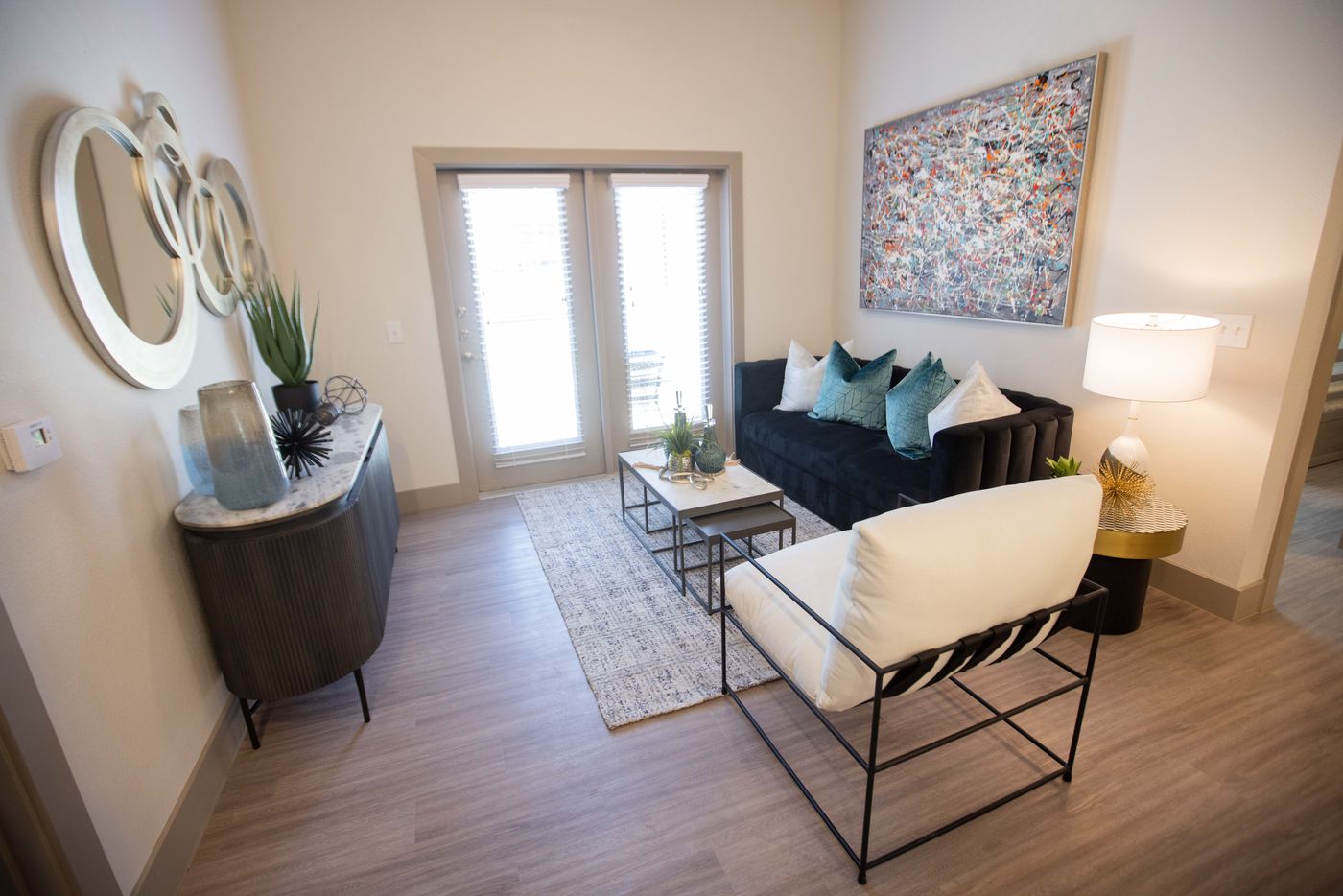 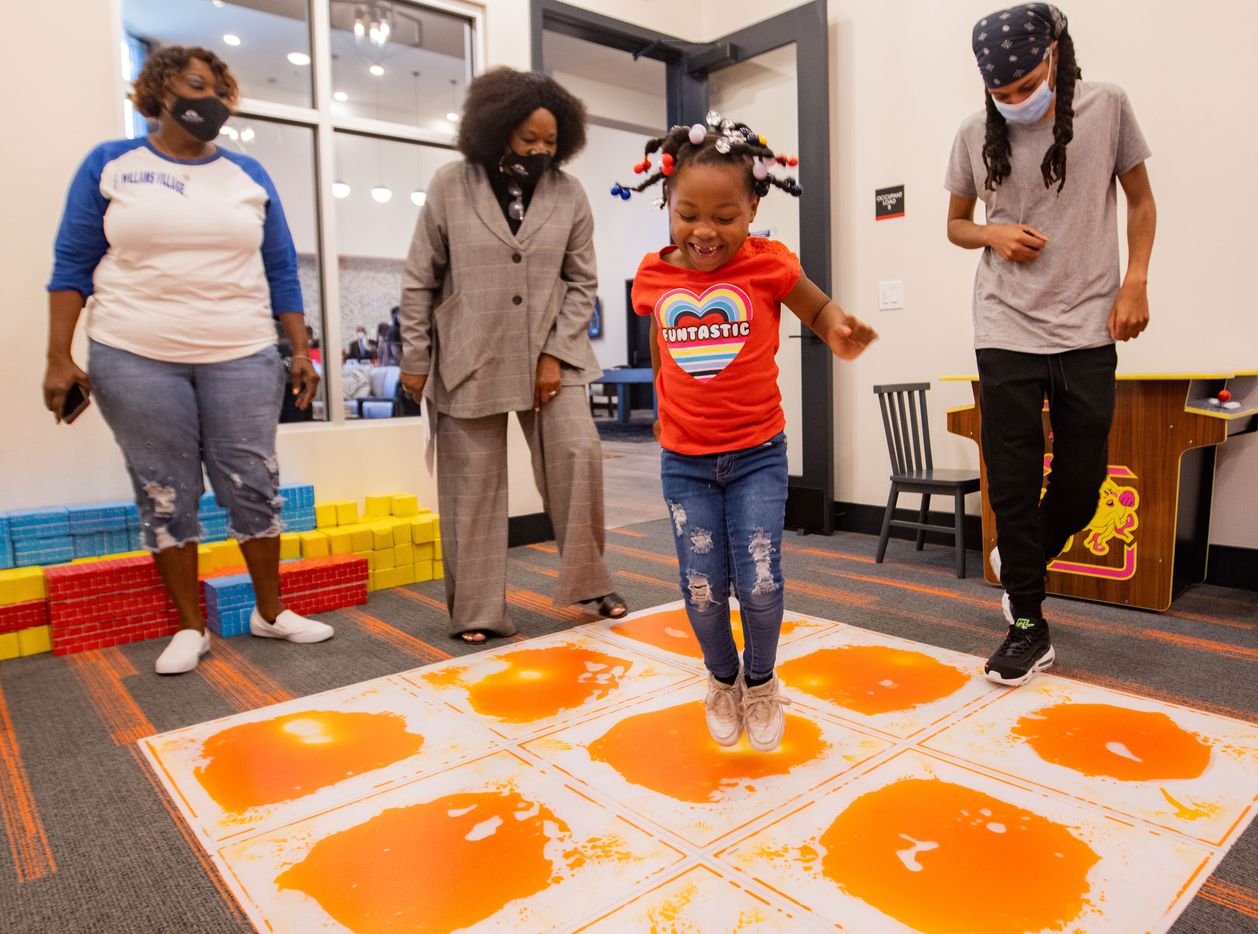 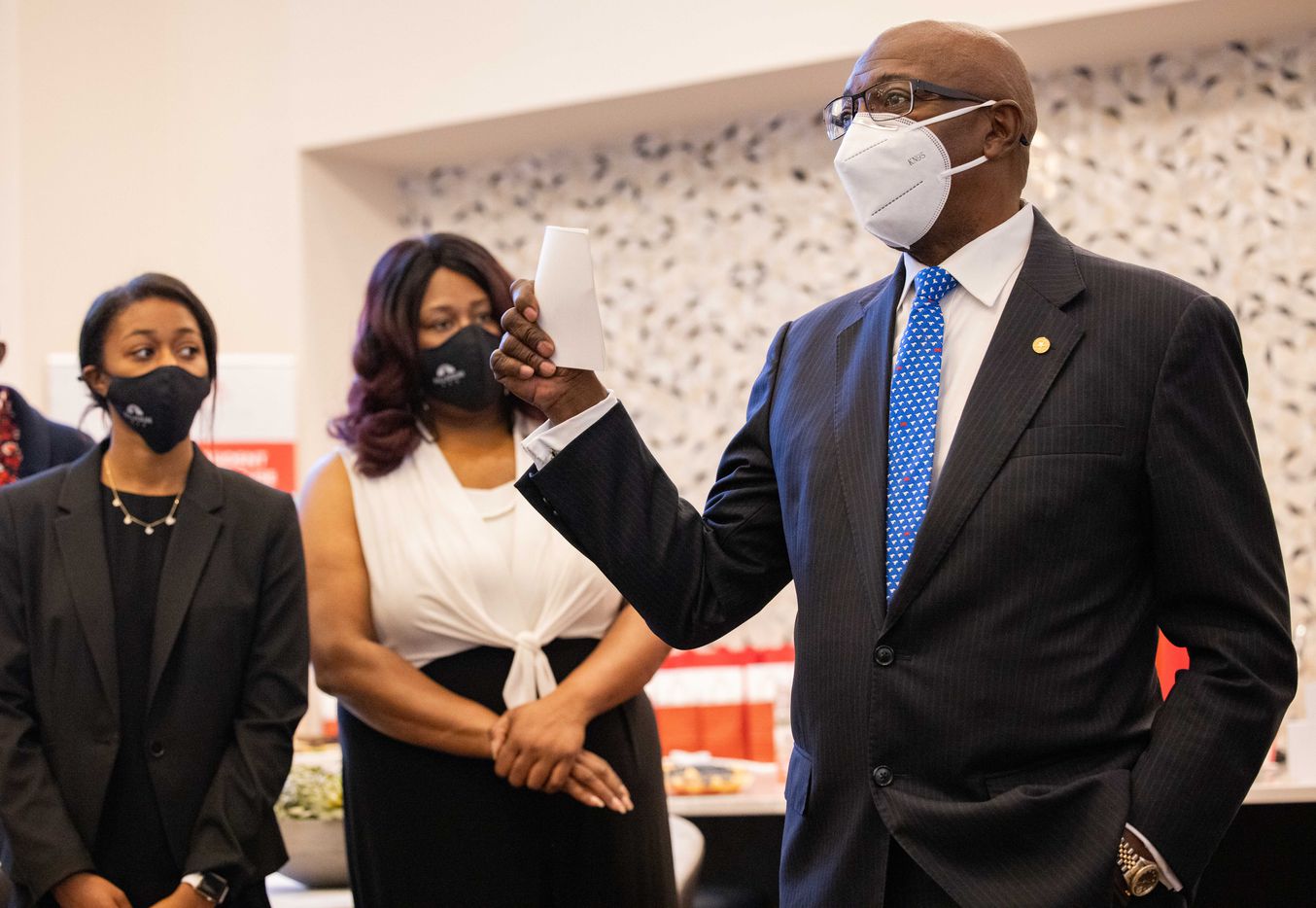